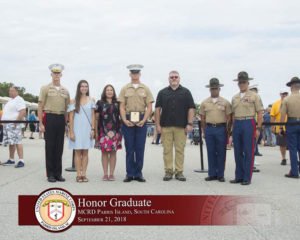 Thomas had other aspirations than most athletes of his caliber. He didn’t pursue a collegiate football or wrestling career. Thomas’ long time dream was to serve his country as a member of the United States Marine Corps.

Attending Thomas’ graduation were his parents Mike and Stacie Wurster and his girlfriend, fellow 2018 CAHS graduate MacKenzie DiTullio, who was the Clarion Area Marching Band’s Feature Twirler and is the current St. Francis University Feature Twirler. 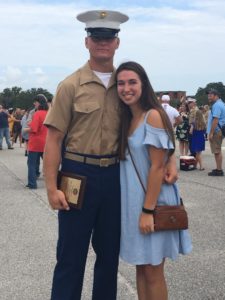 Thomas and MacKenzie are planning on being on hand at the Homecoming Football Game with Kane, this Friday (September 28th). If you see them, make sure to say hello, give them both your congratulations and thank Thomas for his service.

(Thanks to all for their photos. Click on any photo to view gallery. Very proud of you Thomas!!!!) 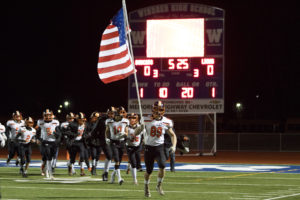 (Photo courtesy of Bri Nellis) A familiar scene at 2017 Bobcat Football games, Thomas leading the Cats on to the field bearing the Stars and Stripes 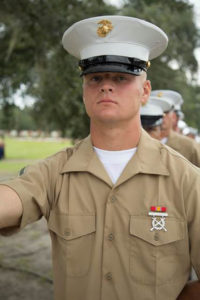