When the teams take the field for the Central Pennsylvania Football Coaches Association’s (CPFCA) 30th Annual Lezzer Lumber Classic, at 7:00 on Friday night at Mansion Park in Altoona, the Clarion Area Bobcat Football Team will be well represented.

There are twelve Bobcats, including players, coaches and support staff, taking part in the game which includes schools, from Class A through AAAA, from Districts 6 and 9.

(The twelve are by far the most the Bobcats have had in the game, since they joined in 2006, with their previous largest participation being in 2010, when they had two players suited up, Kevin Grejda and Bubba Rue, an alternate, Bryan Biertempfel and Coach Wiser as defensive coordinator. Grejda was named the North Defensive Player of the Game. 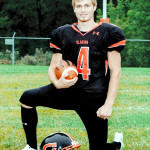 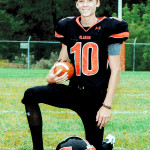 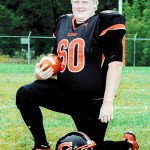 Hearst, a wide receiver and defensive back for the Bobcats, had 63 receptions for 1285 yards (20.4 yards per catch) 12 receiving touchdowns; 12 carries for 146 yards (12.17 yards per carry) and 2 rushing touchdowns, this past season. He was named All-KSAC Small School; All-Tri-County/Courier Express; WesternPaFootball.net – All Western PA and PFN All-State (Pre and Post Season).

Katis, the Clarion signal caller, completed 109 of 180 passes for 2241 yards and 25 touchdowns, with only 4 interceptions his senior year. He was named All-KSAC Small School; All-Tri-County/Courier Express and WesternPaFootball.net – All Western PA. 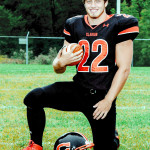 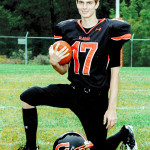 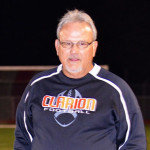 Reichart was a key element on the offensive and defensive lines for the Bobcats, who had the #3 All-Time Single Season Scoring Offense, in any Classification, in PIAA History (771 points). The Offense accumulated 4418 rushing yards (294.5 per game) and 77 rushing touchdowns; 2321 passing yards (154.7 per game) and 27 touchdowns through the air. He was named All-KSAC Small School and Lineman of the Year; All-Tri-County/Courier Express and PFN All-State.

Slike, a running back and linebacker, rushed for 1896 yards on 152 carries (12.47 yards per carry), with thirty-seven touchdowns. He had 15 receptions for 361 yards (24.07 yards per catch) and five touchdowns. Slike also had 102 kick return yards. He had 2359 total yards. He had over 100 tackles on defense. He was named All-KSAC Small School and was Offensive MVP; All-Tri-County/Courier Express; Rehab Centre D9Sports.com – MVP; WesternPaFootball.net – All Western PA and PFN All-State.

Troese who played a number of positions, including quarterback, wide receiver, defensive back and place kicker, was successful on 83 of 95 extra points. He was a perfect two-for-two on field goals. He was named All-KSAC Small School; All-Tri-County/Courier Express; WesternPaFootball.net – All Western PA and PFN All-State. 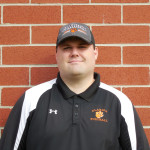 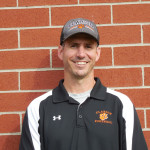 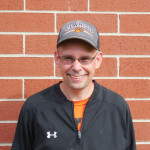 The Lezzer Lumber Classic policy is that the coaches whose teams had the most successful season for the North and South Regions are named Head Coaches and their staffs are named assistants. The Bobcat staff receives this honor by virtue of their fine 2013 campaign, which saw them go 14-1, win the KSAC Small School Championship, the District Nine Class-A Championship, and reach the State Semi-Final, losing to eventual State Champion, Cardinal Wuerl North Catholic. 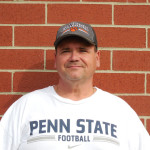 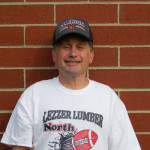 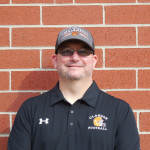 Please come out and support your Clarion players in their last hurrah, representing the Bobcats and their coaches!!!!